There’s a massive debate in the spearfishing community when it comes to powerheads. Personally, I’d never recommend powerhead spearfishing to take down a fish or a shark, but they serve a vital role when you’re in the water. Protection. There are sharks out there.

Each time you slip off the boat and into the water there’s no mistaking one simple fact. You are no longer at the top of the food chain. Ever since I started diving in deep water, chasing bigger and bigger fish, I’m putting myself at risk. We’re hunting the same food source as some of the biggest predators in the ocean, and eventually you will come across a shark.

What happens next, could change your life in an instant. What is powerhead spearfishing?

Often powerheads will get referred to as a bang stick, because they are primarily used when alligator hunting. I’ve also heard them called shark sticks. I call it powerheads, but it’s all the same.

A powerhead is a rather simple piece of spearfishing equipment. Just an attachment that fits onto the end of a spear, usually a metal chamber, that enables you to slip a round of ammunition inside.

Once it’s armed and loaded, you’ve now got an underwater gun. One that packs enough power to take down pretty much anything you’ll come across in the ocean.

Because of this, there are many laws surrounding the use of powerheads while spearfishing, and some key safety precautions you must follow. A powerhead is essentially a specialized firearm that can be shot underwater. What are the different types of powerheads?

Depending on the calibre you’re after, there are options for powerheads that fit a variety of different sized ammunition. Most commonly powerheads are designed to fit standard handgun ammunition, like the .357 Magnum or the .44 Magnum, but you can get larger options to fit up to a 12-gauge shotgun shell. Personally, I think a .357 Magnum is more than enough blast to deter whatever it is that’s hassling you, after seeing both in action the bigger powerheads are definitely overkill. 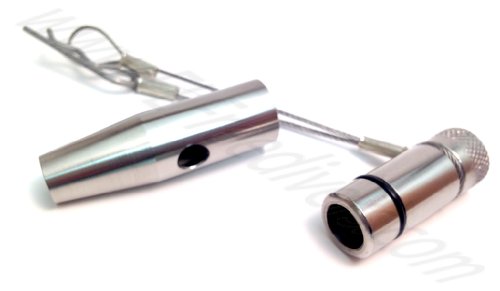 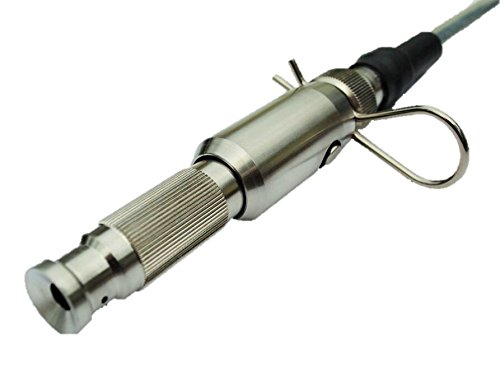 How does a spearfishing powerhead work?

The casing that encloses the round of ammunition allows the powerhead to function much like a normal firearm. There is a safety pin that needs to be released before the round is armed, and then once you take your shot the shaft acts as the firing hammer, triggering the round once it hits a target. In addition to the blast impact from the round, the bullet will travel up to a meter or so underwater, which is what does the most damage to your intended target.

Oh, and you’re probably going to want to add a little nail polish to the seal of the ammunition you’re using. It’s not 100 percent watertight, and if any moisture gets in – it will not fire. Cover the primer and case mouth with it, and if you’re not used the round after a dive, safely discard it. Here in Australia powerheads are classified as a Category A firearm, and you need a legitimate reason in order to get a permit to use it. Which basically means you need to be doing an activity (like spearfishing) where there’s a good chance you’ll need protection from sharks.

In the United States, generally powerheads are considered firearms if they are not permanently attached to a spearguns shaft. At a federal level they are fine to use, however many states have their own restrictions, so it’ll pay to know the specifics where you go spearfishing, and what permits (if any) are required in your state.

How to use a powerhead

I’ve tried both pole-spear mounted versions and those that attach to the shaft of a speargun, and I’d actually recommend fitting a powerhead to your speargun. It allows for a little more range, as the sound travels far underwater, and the unmistakable “bang” will leave your ears ringing.

You want to be as far away from your target as possible when powerhead spearfishing.

Here’s how my setup works.

This is primarily for deep-water spearfishing, when we’re jumping into schools of kingfish in the wide-open ocean. Normally, I don’t carry a powerhead spearfishing when I’m just kicking around the reef, as it’s a dangerous piece of spearfishing gear, that I’d prefer not to worry about unless absolutely necessary.

What I use is a dedicated powerhead speargun.

It’s got a powerhead permanently attached to the shaft, and is loaded and ready to go at all times. It’s not one of our big blue water spearguns that has this setup, just an older speargun I had back at home that I use specifically as a means of protection when we’re blue water spearfishing.

The reason I have it permanently setup is twofold. First, I don’t want to be screwing around with what is basically a gun underwater, screwing tips on and off trying to get my powerhead ready to go when you actually need it. It’s not safe, and it takes too much time.

Better to have it setup and ready to go.

But I don’t carry the powerhead with me. This speargun becomes the responsibility of my buddy (who is at the surface watching me dive), and vice versa when he is spearfishing. I take the powerhead enabled speargun, and keep an eye on him.

To take a shot, you need to pull the safety pin (this is what stops the ammunition from accidentally firing while you’re bumping around in the water) and you take your shot. The momentum from the shaft hitting a target will act as a hammer on the firing pin, and the bullet will fire.

Both the blast radius and the actual bullet will do damage. But be prepared to then get the hell out of the water. The sound and the blood may draw in more sharks. The ethics of powerhead spearfishing

Personally, I’m a big fan of sharks. But I’ve lost fish to aggressive bull sharks and I know just how dangerous sharks can be when they’re in the water. Sharks are designed to hunt, kill, and are far more agile and quick than you could ever hope to be.

But I’m proud to say I’ve never been in a situation that has required me to take a shot and kill a shark. Despite a lifetime spearfishing, I’ve yet to have a shark try to attack me. Of course, I usually dive with stringers and float lines to keep our catch as far away from myself as possible, and whilst a few sharks have come in for a look, most will keep their distance.

My rule is to never injure a shark unless you’ve got no other choice, and it needs to be an absolute last resort. I did an open water shark dive in Fiji a few months back and saw just how effective a good prod in the nose can be at “pushing” even big bull sharks away. You don’t need to go around shooting every shark you see, that’s just not right. And personally, I wouldn’t use it to catch fish either, but that’s just me. Powerhead spearfishing is a controversial topic.

Despite being legal in many places, my personal belief is that you don’t need a powerhead to shoot and catch fish. It’s a little unsportsmanlike, and you’ll also do far more damage than you need (a well-placed shot from a normal speargun will allow you to take down even truly massive fish).

But powerheads do have a place when you’re spearfishing. It’s your last line of defence, just in case.

And I’d highly recommend having one for protection. 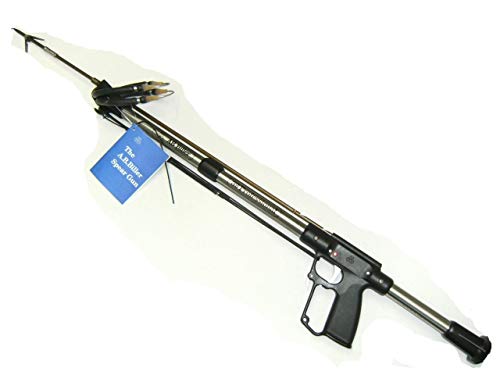